Sustainable beef production is a challenge in the harsh desert environments of the Southwest. Since cattle were first introduced here, solutions for effective and efficient rangeland management have challenged livestock producers. Overgrazing through the early 1900s, combined with years of drought and variable precipitation, turned some areas of flourishing grasslands into arid regions filled with woody vegetation—forage that domestic cattle prefer to avoid.

Desert ecosystems cannot handle excessive numbers of the large-framed European breeds dominating the American cattle industry today, yet animal agricultural is integral to the livelihood of many people in the Southwest. By matching foraging characteristics of unique beef breeds to environmental conditions, it may be possible to reduce the environmental impact of large grazing animals. Lower-impact, better-adapted agricultural animals that can thrive in arid lands could provide answers to persistent issues in rangeland management.

To explore new solutions stemming from this knowledge, scientists at the Jornada Experimental Range, a USDA Agricultural Research Service (ARS) site in Southern New Mexico, have reignited their research program on Criollo cattle. As a recently designated Long-Term Agricultural Research (LTAR) site, the novel Criollo program at The Jornada is the first to pin down factual, scientific information about this smaller-statured bovine. Researchers at The Jornada speculate the Criollo may have a lesser environmental impact on arid rangeland regions, and may be better suited to produce during drought periods. 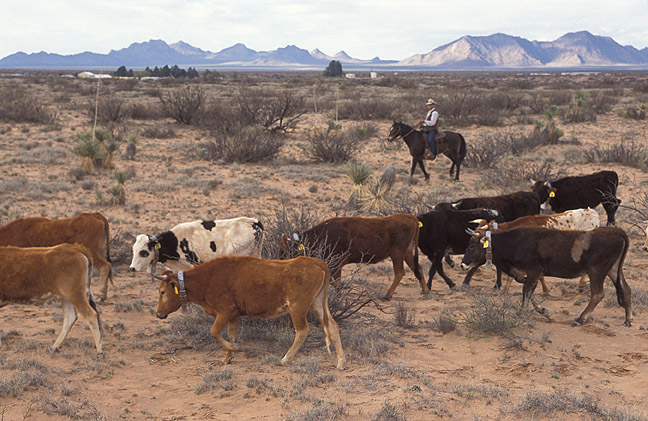 The Legacy of the Criollo

Criollo research originally started at The Jornada in 2005, when over 30 animals were brought to the range. The Criollo cattle at The Jornada are distinctive—each was hand-selected and purchased from families near Chinipas, Mexico, in an area called the Sierra Tarahumara (Copper Canyon). These particular cattle are most accurately referred to as Raramuri Criollo, a name given by the Tarahumara people meaning “fleet foot” or “light-footed ones”. Criollo is not actually the name of the breed, since strikingly distinct genetic differences are found within each group. Due to geographic isolation, throughout time each Criollo herd has developed different natural abilities to adapt and survive in a variety of challenging conditions. Instead, Criollo refers more generally to the type of cattle.

Ancestors of the Criollo roaming the Jornada Range today first grazed the lands of New Mexico in as early as 1598. Don Juan de Oñate, traveling through the same Jornada del Muerto pass near the range’s pastures today, most likely introduced several thousand Criollo to this land during his conquest of present-day New Mexico.

There is little recorded data on the Criollo, and scientists and historians alike have largely ignored this animal due to the lack of available and accurate historical records. The term “Criollo” was originally used in colonial Latin America to describe both people and animals born of emigrated parents in a newly discovered land. Criollo first referred to cattle in 1493, when Christopher Columbus brought the animals from the Andalusia region of Spain to the New World during his second voyage. Criollo were brought to Chihuahua, Mexico in 1572, and in the 1600s Jesuit missionaries introduced the Criollo to the Sierra Tarahumara. Today, the Tarahumara people still value the Criollo as one of their most prized possessions.

Because the Criollo in Mexico are found in such isolated regions, they have never been crossbred, which makes their genetic makeup especially unique. These heritage animals are known for being docile, hearty, and easy to manage, with long and productive life spans. Even with the minimal husbandry efforts Criollo require, they provide high-quality meat prized for its palatability and flavor. Since they need little to no supplemental feed, the Criollo present an exciting opportunity for optimizing livestock production in arid ecosystems. Though the smaller-sized Criollo produce less beef than their domesticated counterparts, a specialty market is developing for their flavorful, tender meat that rivals that of the typical grass-fed European breeds.

Pioneering Criollo Research at The Jornada

In 2011, researchers at the Jornada published the first peer-reviewed manuscript ever written about the behavior of these animals, providing definitive data about the Criollo cattle’s foraging patterns. This groundbreaking research indicated the animals travel further and graze a broader range of land when environmental conditions are less favorable. The research suggests the Criollo may have developed foraging behaviors that match characteristics of desert environments better than the domestic cattle breeds, like Angus, that are typically found in the U.S.

With only one published paper so far, most of what we know about the Criollo is based on hearsay, opinion, and speculation. To separate fact from fiction, Jornada researchers resurrected the Criollo research program in 2014. With Jornada animal scientist Rick Estell and his colleagues at New Mexico State University spearheading this relatively new field of study, researchers are embarking on a mission to compose a picture of the Criollo and its ability to thrive in arid lands. By studying nutritional and behavioral characteristics—which are the result of generations of natural selection in Mexico—Jornada researchers believe they can discover more about the Criollo’s ability to adapt to arid ecosystems.

With so many open-ended questions about this animal, Jornada scientists have a long list of research priorities. The following describes the four most immediate topics the scientists will delve into.

Jornada scientists will study, experiment, and publish answers to these questions as they continue pursuing long-term research of this unique bovine.

Criollo in The News

As part of the Long Term Agricultural Research Network, we are studying attributes of Criollo cattle and comparing their productivity to traditional Angus-cross cattle raised in an arid environment. Read this brief PDF about our Criollo research. 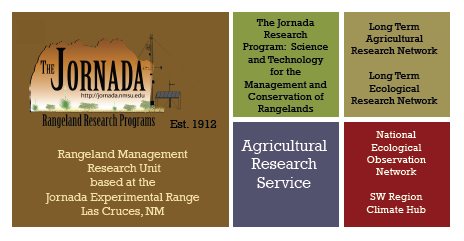