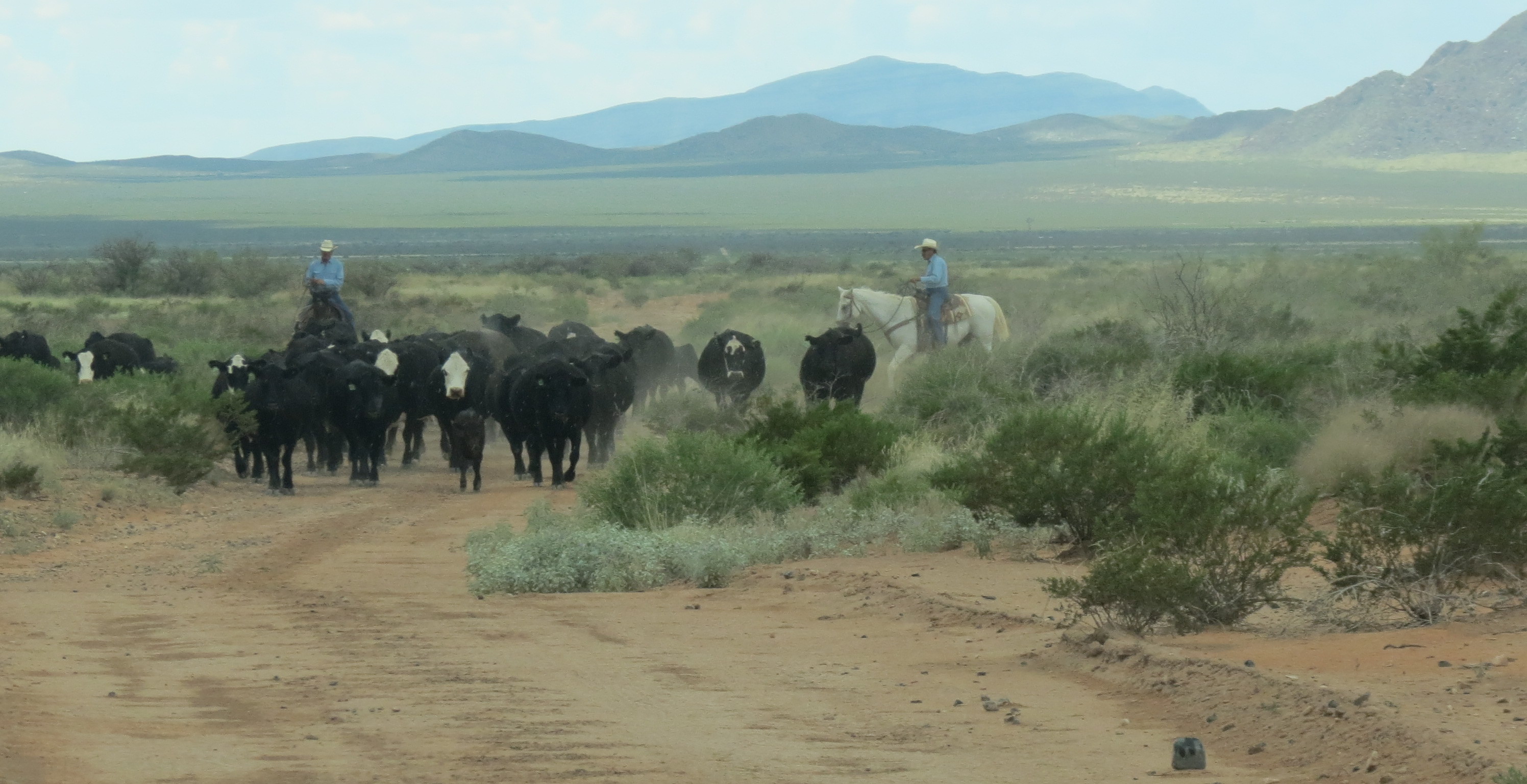 Over the past century, range scientists have discovered processes and principles important to understanding rangelands, but degradation persists (Herrick et al. 2010). In part this reflects the discovery that a core assumption of past science and policy—that these systems would revert to their “original” condition if livestock were removed—was mistaken, as many areas (with and without livestock) still show the effects of events and uses that occurred more than a century ago. But there are also other reasons for continued degradation that stem more directly from range science itself. First, rangeland systems are highly variable due to extreme rainfall variability leading to extended droughts, and soils are typically infertile (Morton et al. 2011). Yields of ecosystem goods and services from rangelands are problematic due to low and highly variable primary productivity; they lack a static equilibrium and are the lowest of any global biome (Reynolds et al. 2007; Costanza et al. 1997). Range scientists now believe that there is no unifying set of general principles nor a general theory of rangeland management that can be employed everywhere given this highly variable nature (Anderies et al. 2006). If good range management is an art as well as a science, the science has often been unapplied or inapplicable, and the art may actually be more important (Briske et al 2008; Boyd and Svejcar 2009; Bailey and Brown 2011).

Second, until recently the science failed to provide credible methodologies for assessing conservation practices, and managers routinely failed to implement the recommendations derived from such evaluations as were available (Boyd and Svejcar 2009). For example, the science led to published guidelines for proper utilization of key livestock forage species (e.g., Paulsen and Ares 1961), but did not provide useable, affordable, and repeatable means to gauge those utilizations in the field. Furthermore, managers have resisted employing any monitoring methodologies consistently over time. Only recently have tools and techniques, and the corresponding commitment to evaluate conservation practices, emerged from the science and its management partners (Briske in press).

We still lack an adequate understanding of how these landscapes function. In some cases, shortcomings can be traced to the institutionalized scales of research and management inherited from the past. Individual, small-scale, reductionist experiments identified tools and techniques whose application at larger scales was often ineffective, uneconomical, or accompanied by significant and enduring unintended consequences. Nonetheless, taken together and with the benefit of hindsight, hundreds of individual experiments have collectively produced significant insights. It is now clear, for example, that many arid and semiarid systems change in response to “slow” variables (i.e., variables that significantly affect these systems but remain relatively constant for long periods of time) that had rarely been monitored at the appropriate scales (Lynam and Stafford Smith 2004). We also know that we cannot assume linearity across scales of space and time: findings from plots or pastures may not scale up to ranches or landscapes, and studies of <10 years’ duration may not hold at other times or over longer periods. Nor can we assume that data from a handful of experimental ranges (even large ones) is sufficient to understand other places, even if they appear to be similar, and for that reason we can no longer ignore actual ranches as sites for producing knowledge. Today, scientists in many disciplines, including biology and its applications, are revisiting old datasets, compiling new ones, and collecting datasets from other locations in an effort to overcome these limitations (Peters 2010). Our capacities to identify patterns over much longer temporal scales, and larger spatial scales, than earlier experiments were designed to capture, are growing rapidly and in previously unavailable (if not unimagined) ways (Reichman et al. 2011). The synergistic capacities of tools like Google Earth, Landscape Tracker, and ArcInfo to analyze and integrate spatial and temporal data have revolutionized the application of science to management.

As we have expanded our capacities to examine patterns we have also learned that the processes are much more complex than Wooton and others envisioned a century ago. In the Clementsian successional paradigm, as adapted to rangelands by Arthur Sampson (1919) and E. J. Dyksterhuis (1948), livestock grazing—its timing, frequency, and intensity—served as the independent variable that determined vegetation responses at both the individual plant and community levels. Measures of carrying capacity were intended to capture and take advantage of this conveniently tractable and manageable driver. Here again, long-term observations at research facilities around the world have helped reveal the limitations of such an approach, and range science now recognizes multiple, interacting drivers of change, including abiotic factors (especially climate) as well as biotic ones. Clementsian plant succession has given way to more complex theories in which thresholds of change distinguish multiple possible ecosystem states that can be resistant and are often undesirable (Westoby 1979/80). Unfortunately, the recognition that rangelands are complex adaptive systems (Lynam and Stafford Smith 2004), and that they often surpass the capacity of the reductionist framework that structured range science for most of the past century, does not provide a rigorous scientific framework to address the range problems of today. A key component of this complexity is humans—their knowledge, decisions, and actions—which make rangelands social-ecological systems with important slow drivers of change, often of a non-biological nature.

Meanwhile, the socio-economic assumption on which range science was built in the US—the conviction that rangelands “are, and probably always must be, of chief value for grazing” (Public Lands Commission 1905, p. 7)—no longer holds. Most privately owned US rangelands are now far more valuable for residential development than for livestock grazing, especially if they are owned in small or medium-sized parcels (<102 hectares). Land used for grazing in the intermountain West declined by 6.4 x 105 hectares/year in the 1990s, nearly half of which was converted to urban uses (Sullins et al. 2002). Low-density rural residential development is the most rapidly growing land use in the US since 1950, resulting in significant fragmentation and threats to biodiversity (Hansen et al. 2005). Ranchers no longer represent a sufficient constituency for range science, especially when compared to rapidly growing urban and “exurban” populations. Public rangelands are insulated from development, but their relatively modest contribution to economic production renders them marginal for the traditional goods and services they provide, while the “newer” goods and services of rangelands—watershed functioning, biodiversity conservation, open space and wildlife, for example—remain undervalued (Havstad et al. 2007).

Elsewhere in the world, rangelands and their inhabitants are increasingly marginalized for different but related reasons. According to the Millennium Ecosystem Assessment (2005), drylands are acutely threatened worldwide due to the combination of rapid population growth, low inherent productivity (net primary production), and low average GDP. Some developing countries (e.g., Mongolia) derive large portions of their gross domestic product (GDP) from rangelands, but their low overall national GDP and impoverished populations are prompting calls for greater commercialization and “modern” production systems—which often means replicating the model implemented in the US a century ago. Other developing countries, such as China, are rapidly intensifying rangeland exploitation in some regions through policies that privatize grazing rights, somewhat analogous to Wooton's remedies, with tragic results (Li and Huntsinger 2011).

It is these considerations of a global nature that define the Range Problem after a century of range science. We are dealing with systems where understanding and description of key principles through use of the scientific method are important, but knowledge of general principles is insufficient for application to the unique contexts of specific landscapes (Peters et al. in press). We are also dealing with systems where human conditions and needs, slowly or suddenly in time and space, complicate and drive the ecological dynamics we observe (Crane 2011). The only conclusion for range science now is to retool itself to study the acts of management themselves as the focus of inquiry, in methodical and repeatable ways. The key concept in managing social-ecological systems is resilience, which rests squarely on the capacity to learn. Yet our management institutions are not really designed to accommodate learning, and the infrastructure for rangeland science is declining or, at best, maintaining itself. Meanwhile, the problems, uses, and societal demands placed on rangelands are very different today than they were in 1912. For example, newcomers continue to flow into the Southwest, but the ranchers who have persisted are no longer naïve about the landscapes they manage—in many cases, they have much deeper experience than range scientists. Even if they are no longer a sufficient constituency, ranchers are a necessary one, not so much as recipients but rather as sources of knowledge. Sustainable management will require scientists to engage with local residents, learning from their experiences (Reynolds et al. 2007) and treating their management actions—past, present, and future—as long-term experiments that can help develop and test scientific hypotheses to address real problems (Bestelmeyer et al. 2012).