Individuals and institutions utilizing Jornada data are requested to place the following acknowledgement in any publication in which these data are mentioned: 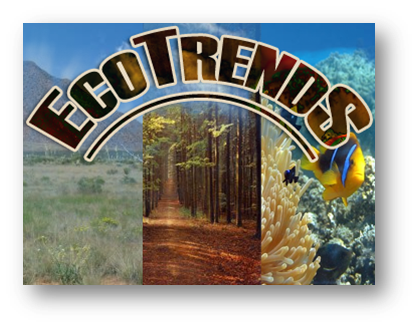 The EcoTrends Project was designed to promote and enable the use and synthesis of long-term data to examine these trends in the Earth's ecosystems.

The EcoTrends project is a collaborative effort among state and federal agencies and institutions, at present primarily in the US, to make long-term ecological data easy to access, analyze, and compare within and across sites. The EcoTrends website is a portal to:

These datasets, tools, and information are available to anyone who would like to: view trends in ecological variables for one or multiple sites or pursue additional statistical analyses of within-site and cross-site comparisons.

A collaborative online effort allows both skeptics and believers to study and compare the facts.

By Debra Peters and William deBuys

According to opinion polls, a growing number of Americans think that climate change is hogwash.

They've been hearing that the Intergovernmental Panel on Climate Change got the date wrong for the demise of Himalayan glaciers and that researchers at East Anglia University in Great Britain wrote snarky e-mails. It also snowed a lot in Washington, D.C., last winter, which led several right-wing broadcasters and weather forecasters to insist that the planet is not getting warmer. Now that summer is here, somebody will probably report soon that Arctic villagers are seeing more polar bears, not fewer. So what more do you need to know?

Actually, a lot. Skepticism is vital to science, but not when it aspires to discredit overwhelming consensus. The most important feature of the 4,000 pages underlying the Intergovernmental Panel's report is the 3,999 pages that were error-free.

What is important about Himalayan glaciers is not their predicted end-date but the direction in which they are changing, and the data show that they are melting. As for blizzards in Washington, virtually every climate model forecasts an increase in extreme and anomalous weather. And if more polar bears are lurking around the villages, might that not be because they can't swim the open sea between land and the shrinking pack ice?

But we shouldn't be talking about needles when it's the haystack that needs our attention. The haystack of evidence supporting global climate change has accumulated from millions of observations accumulated over scores of years, or even (in the case of tree-rings and fossil gas in ice cores) centuries or millennia. Although the haystack also contains a lot of analysis and plenty of model building, most of its bulk consists of these long-term data.

In 2004, a group of colleagues led by one of us -- Debra Peters -- began a project to make long-term environmental observations intelligible across multiple sites and agencies. That turned out to be much harder than expected. Data on air temperature or precipitation chemistry that was collected at a research site in New Mexico by one university or public agency are not necessarily comparable to similar data collected in Key West by a completely different research organization. There were different collection protocols and shifting squads of researchers. It took a long time to translate multiple data sets from 50 sites around the United States into a common language.

The result can be seen in EcoTrends: Using Long-Term Trends to Understand Responses to Global Change, https://ecotrends.info. This website, and a soon-to-be published book with the same name, is the perfect place to check the vital signs of our planet.

You can verify, for instance, that sea level has been rising at all of our coastal sites, but not always at the same rate. You can look at graphs that show air temperature to be rising at most sites in the Intermountain West, but declining at a few. You can see that in the Northeast the concentration of nitrates and sulfates in precipitation -- the drivers of “acid rain”-- has declined in recent decades as a result of successful public policy.

The data are not in their raw form, which is often hard for anyone but the investigator to make sense of, nor are they dominated by conclusions. Much of the data is in tables and graphs so a reader can be the one to derive meaning from all those observations.

It wasn't necessarily apparent to us when we started out, but there is a larger cause being served by the effort to make these data widely available. Ours is a complex society in a complex world. It is no understatement to say that adapting to environmental change is one of the greatest challenges facing us. Because our capacity to understand these changes depends upon having a long view of what's been going on with the planet and its ecological systems, making sense of long-term data is no longer just optional; it is imperative. We can't have too many people who know how to do that.